Head of One of a Kind Investigations

With the rescue of Nicole Vogel’s son in 2005, Shaw was catapulted into the limelight and forever connected with One of a Kind Investigations. Via a combination of circumstance, skill set, and connections, Shaw became wrapped up in the middle of the case, working closely with Lieutenant Jack Lawrence, but it was Shaw who finally emerged, photogenic and free, from the run-down boat house with the sweet, safe boy clinging in her arms in the swirling red and blue lights. Vogel’s media connections had raised the case to national prominence, and the single clip was broadcast across the nation. When Vogel’s “Seattle Metropolitan” entered publication a year later, one of their first spreads was a follow-up piece on the valorous lady detective and the glamorous life of a P.I.

Shaw traded on her publicity capital to build her company, purchasing One of a Kind Investigations from Brooks, but keeping him on as a consultant. The agency had increasing success, especially with Missing Person cases, though making a solid name insurance, surveillance, and background checks as well. As Shaw began to train and retain further investigators, she began to take less street level cases herself, falling into a figurehead routine, until she was jolted out of her complacency in November 12, 2008, by a missing person’s case that hit too close to home. 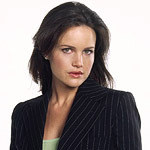